We are normally looking for unique and innovative campaigns to feature here. However it is also nice to let our visitors see some standard and well executed digital campaigns. One of them is Marvel’s Daredevil digital campaign that has been running in Paris in 2015. It was promoting the launch of new at that time TV series on Netflix. The campaign has been created and executed by Biborg.

The Daredevil campaign included some impressive media buys throughout Paris including the massive 250 square meters display and a 360 DOOH takeover. To make the most out of that, Biborg has created a DOOH ad that changed during the day. The aim of that was to reveal the dark side of the main character at night. During the light part of the day the character appeared as a normal person you could meet in the street. During the night the ads have been displaying the same character in a mask. Besides DOOH, the campaign included online banner and takeover microsites. Most of them have were interactive and allowed users to reveal the change of the character’s personality throughout the time of the day. Microsites also included video trailer and some additional information about the series. 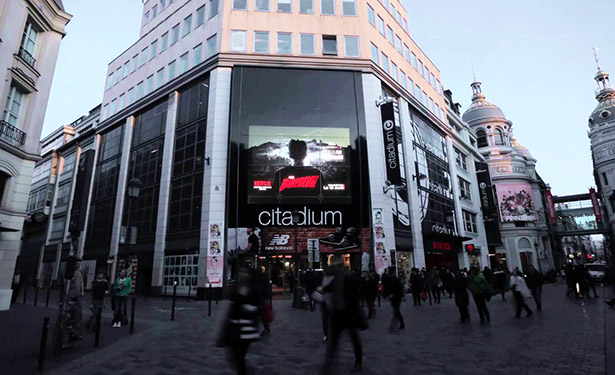 Digital media of the campaign has been used well and encouraged users to interact. Individual elements have been well executed and thought through. Unfortunately, lack of the creativity of the idea normally requires bigger investment into the media spent. And we hope that the huge investment into big media buy have paid off. Overall, it is a nice digital campaign, featuring best digital practice with some pretty standard tools. It’s just a bit of a shame, that the brand potential has not been used to a maximum.