Have you ever been to a place like Times Square in New York or Piccadilly Circus in London? You are then likely to remember the huge animated digital screens shooting their messages at the crowd in hope to attract that tiny bit of attention and promote their brand. Have you ever thought that there might be other ways of using those screens to promote your product and engage with your audience even more? One agency has! Biborg has teamed up with Ubisoft and The Coca Cola Company to promote the new at that time Just Dance Now mobile app in London.

A mysterious emergency box has been placed in the middle of the Piccadilly Circus. It invited people around to break the glass and take over the mobile phone placed inside the box. Once done, the phone allowed people to use the app pre-installed to control the giant DOOH screen. The screen in return displayed some Just Dance Now game moves from the app and encouraged people around to copy them. Other people could also join the action by downloading the Just Dance Now app and taking over the second screen in the same manner. Of course such event required some supervision, so dance actors have been hired to interact with people. Their task was to engage people around with the dance routine shown on the screen. 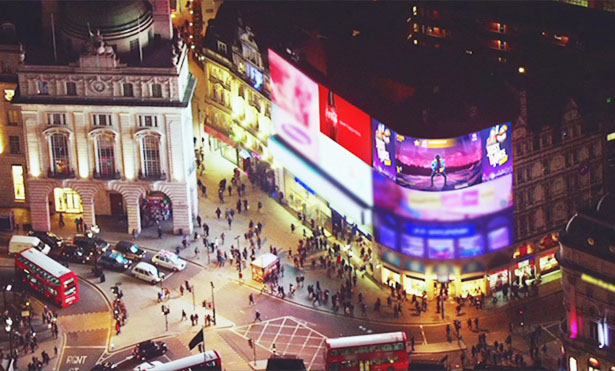 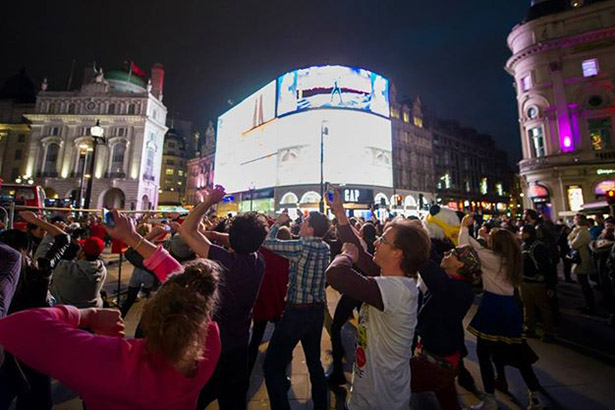 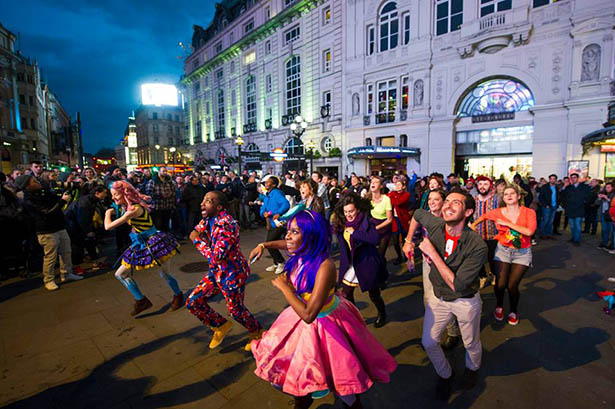 We love this Just Dance Now campaign due to the unique approach used to a standard DOOH ad placement. It definitely stood out of the other ads in the location and also generated lots of post-event buzz throughout the Internet. Carefully planned, the costs of such stunt are comparatively not huge and the brand also got free shares and views afterward. Overall, great idea and nice implementation. Well done for creating something unique!

Hiding Ad From the Police