We often do routine everyday actions without paying any attention to the surrounding details. What if we are missing something important; like a tiger passing by or an alien plane? Pepsi took a chance to remind that to the people at the bus shelter in London.

To promote the new ‘Unbelievable‘ campaign, a simple videos with some 3D animation overlays have been added to the bus stop OOH (out-of-home) space, which showed a filmed view of the same street. To grab attention, some eye-catching 3D animations have been added to the screen, which looked too out-of-this-world not to be shocking. The busy Oxford Street in London has been chosen as a location guaranteeing a high traffic of people passing by. 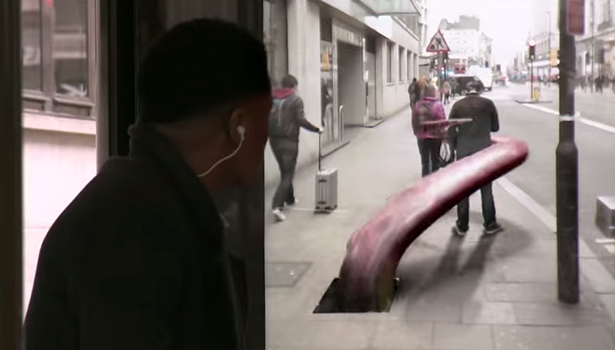 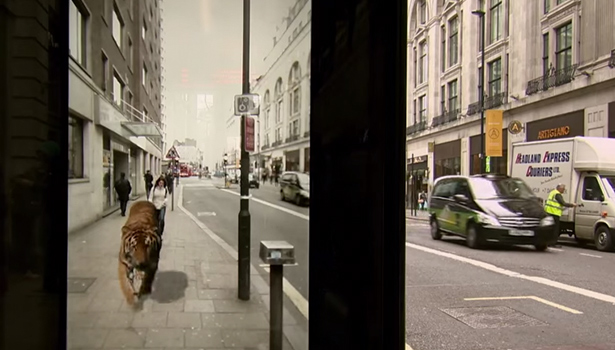 Have a look at the video case study:

The idea is clever and eye-catching, yet very easily implemented. No new technologies have been introduced, instead an innovative creative idea really paid off. We are not aware if the ad was also running over the night time, but in such case changing of the video must have been considered. Overall, this is a great new type of experience for out-of-home audience and communicate the message to people.