As it is often common, good new ideas are re-developed successful old ideas. The trick of course is to creatively adapt the old idea, so that it really looks new. Here is an example of British Airways attempt of persuading people of how good their Executive Club is. Similar technology has already been used by IKEA in 2012, but who cares as long as it works? 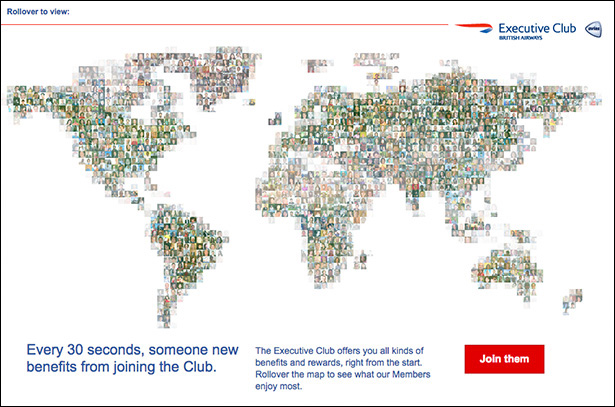 With the help from OgilvyOne this time the banners show some nice mosaic illustrations formed from the photos of the actual BA club customers, which also highlight their motivations for joining the club on roll over. Old technology with some new high-quality execution made the campaign quite successful and got it through to the nominees of the Webby Awards 2013.

Have a look at the campaign case study below: