Digital advertising evolves every day with the new technologies becoming available. Innovation is a bit risky for any brand as there is no guarantee it will pay off. However, if it does, fast spreading word of mouth among technology bloggers is the least return the brand will get. Kia Australia took their chance to wow the tennis fans through their sponsorship TV ads for Australian Open championship and did not disappoint them. 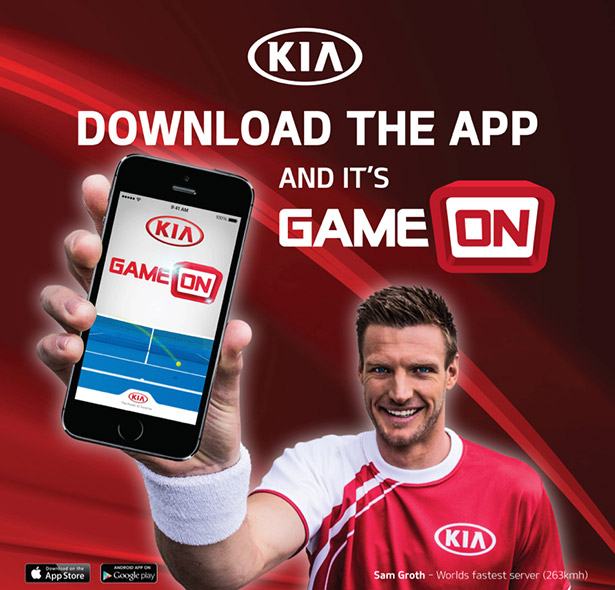 Surely you have heard of Nintendo Wii game console, which allows playing games using a control stick and your own body movements. Well, MNET mobile agency from Australia worked out a way to allow Tennis fans to use their mobile phones to play a game in a similar way when watching the KIA TV ad for Australian Open.

The idea of a game is to simply return a serve from Australia’s tennis player Sam Groth. MNET even created a short instruction video on how to play the game to make things easier:

The aim of the game is to get the fastest speed when returning a serve by adjusting the position of the phone against the TV set as well as the speed of movement of the mobile phone when playing. Playing a game allows anyone to enter the competition and win a new Kia Kerato Koup car.

Although innovation has its risks, Kia Game On campaign definitely decrease it to the lowest level possible. The main advantage of the campaign is innovative technology mixed with the high motivation factor and served at a perfect place and time. As a result, the campaign is already spreading rapidly outside the Australia through technological and advertising blogs and creates much more value for the brand besides the expected successful local targeting. Well done KIA!