Digital banners are all over the internet, so sometimes it is vital to stand out using some unusual solutions.

Let’s take Youtube for example. Volkswagen and Almap BBDO from Brazil used Youtube funniest parody videos as a base for their online advertising campaign and suggested viewers to click to the original videos instead of watching the copied ones. The idea encourage viewers to buy original parts for Volkswagen instead of some alternative ones. 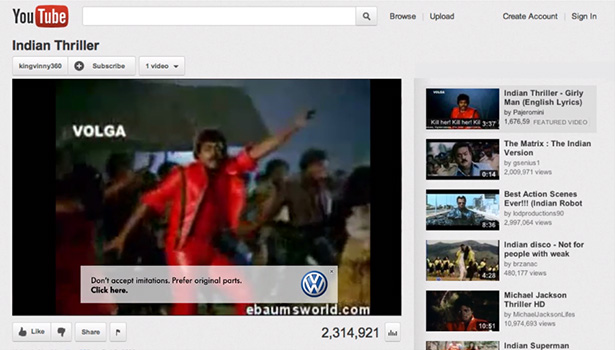 A good thing about this campaign is that the media costs are as little as possible, which makes the whole campaign comparatively cheap. Additionally, unique solution secured some awards for the agency and the brand, such as Webby Awards 2013.

Have a look at the campaign itself: